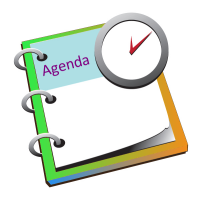 INTERACT 2017 is part of a series of conferences on Human-Computer Interaction organized under the aegis of the Technical Committee 13 of the UNESCO International Federation for Information Processing (IFIP). The IFIP TC 13 aims at developing the science and technology of the interaction between humans and computing devices. The first edition of INTERACT was organized in London, UK in 1984 and the most recent editions occurred in Germany (2015), South Africa (2013) and Portugal (2011).  INTERACT 2017 brings this conference for the first time to India. The conference will be hosted by the Industrial Design Centre (IDC) in Indian Institute of Technology, Bombay (IIT-B)http://www.idc.iitb.ac.in/. It is co-sponsored by HCI Professionals Association of India (HCIPAI) and the Computer Society of India (CSI).